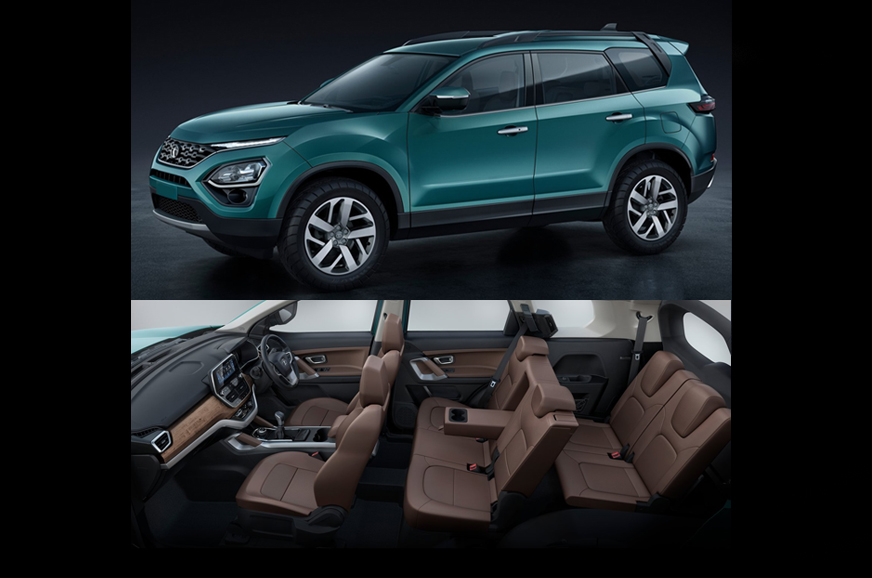 The Hexa SUV will be phased out before BS6 emission norms kick in.

The seven-seater Tata Harrier, or the Buzzard, as it was previewed at the Geneva Motor Show 2019, has been one of the highly awaited models from the carmaker and is scheduled for launch in early 2020. But in addition to expanding the Harrier range, the model will also replace the Tata Hexa, which will bow out as a result of the shift to the more stringent BS6 emission norms.

Launched in January 2017, the Hexa is set to face the axe as its 2.2-litre diesel will not be made available for passenger vehicle applications post BS6. Although Tata has chosen to upgrade the 2.2-litre diesel to meet the stricter regulations, the unit will only be used for commercial applications.

Part of the reason for this could be that the emission limits for BS6 engines are more stringent for passenger vehicle applications as opposed to some classes of commercial vehicles. For instance, the NOx limit for a commercial vehicle in the N1 category (1,305-1,760kg) is 0.105g/km (BS4 – 0.33 g/km) and for the above 1,760kg category, the emission limit is 0.125g/km (BS4 – 0.39 g/km). However, passenger vehicles cannot exceed a NOx limit of 0.08g/km (BS4 – 0.25 g/km). As a result, an engine for commercial vehicle use can be upgraded at a comparatively lower investment, and therefore translate into a relatively lower price increase.

Tata Motors believes the 2.0-litre diesel engine in its portfolio will serve well for the larger models in its passenger vehicle (PV) portfolio. “For PVs, we currently have the 2.0-litre engine, which is an advanced engine and also well-established in the market. So, we’d like to continue to use that in even the BS6 era,” Petkar said.

The homegrown carmaker has been forced to rationalise its engine portfolio in the transition to BS6 and the process will see the discontinuation of its current 1.05-litre, three-cylinder diesel from the Tiago and Tigor. The high cost involved in upgrading them would not justify the investment.

“In the transition to BS6, we wanted to reduce the complexity in our portfolio and do the rationalisation at the powertrain level and vehicle level. It was important to make credible partnerships with the key vendors and system suppliers and more importantly, we wanted to look at the technology that will not just be reliable and more robust in the Indian context but also affordable for our consumers,” explained Petkar.

Just like the five-seat version, the seven-seat Harrier will be based on Land Rover’s D8 platform (which also underpins the Discovery Sport). The seven-seat version will have a 62mm longer rear overhang to accommodate a third row of seats.

More importantly, the seven-seat SUV will get a more powerful, BS6-compliant version of the Harrier’s 2.0-litre Kryotec diesel engine, and it could make in excess of 170hp and 350Nm of torque. This engine will also likely make it to the five-seat Harrier at around the same time. Transmission options for the seven-seat Harrier will include a 6-speed manual and a Hyundai-sourced 6-speed torque convertor automatic gearbox.

0
The Mercedes-Benz G-Class is turning 40. It's almost surprising, as sometimes it feels like the partially Austrian-designed, Puch-derived go-anywhere box on wheels has been...
Read more
LAUNCHES

0
12th Aug 2019 6:04 pm Prior to the launch of this variant, the drum brake-equipped model featured sheet-metal alloys. Suzuki has just launched an alloy-wheel version...
Read more