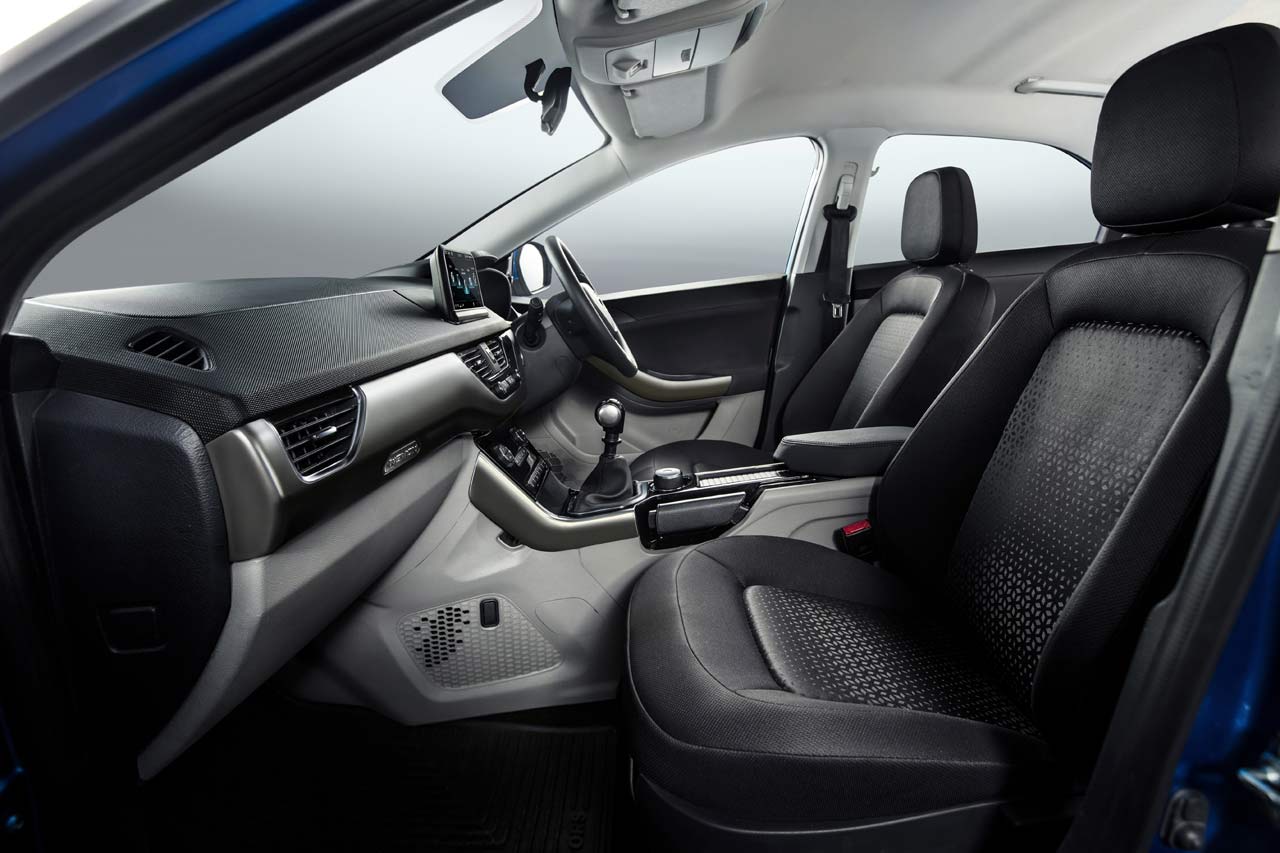 Tata unveiled the production Nexon that was true to the concept it had debuted at the Auto expo 2014. The production car features the same dramatic coupé roof line with an SUV stance, the flared wheel arches and large tyres, like the ceramic waist trail finisher, foglamp bezel, and the DRL tubes.

Speaking to Autocar India, Pratap Bose, head of design department at Tata Motors, stated that the design team fought with, and also had many discussions with the engineering team to achieve its current design. Both teams worked hard together – as this kind of engineering takes a lot to keep the production car true to concept. As an example, he highlighted how just the Nexon’s coupé-like roof line had to be shaved off millimetre-by-millimetre and the rear seat angles adjusted to ensure that the “Tata’s DNA of space” inside was not affected.

On the outside, the small SUV features styling elements like a chrome ‘Humanity Line’ on the upper part of the front grille, sleek looking projector headlamps with LED daytime running lamps, a sloping roofline, LED tail-lamps with chrome accents and 16-inch alloy wheels. The Nexon also gets a ground clearance of 200mm.

For the interior, the Nexon has incorporated innovative features like a floating centre screen, an umbrella slot in the doors, a Drive mode selector knob and a glovebox release button, disguised as the Nexon logo.

Following the success of the Range Rover Evoque that bore a strong resemblance to the concept, Tata is continuing this approach on the Nexon as well. The carmaker is also expected to offer the production Nexon with a high level of design customisation at the time of sale.

The Nexon gets two engine options, a new 108.5bhp, 1.5-litre diesel mill, and a more powerful, turbocharged version of the 1.2-litre Revotron petrol engine seen on the Zica. Both engines will be mated to a new six-speed manual gearbox with three drive modes.

The compact SUV will lock horns with the likes of the Ford EcoSport, the Mahindra TUV300 and the upcoming Maruti Vitara Brezza when it goes on sale later in 2016.

0
30th Jul 2019 12:42 pm Tata, Mahindra, Kia and many other manufactures will have a display at next year’s Auto Expo in Greater Noida. The next...
Read more
AUTO SHOWS

0
In the past, BMW has held M Festivals in Europe to celebrate its famous motorsport-derived performance division. This time, though, BMW decided to bring...
Read more
AUTO SHOWS

0
5th Mar 2019 2:25 pm Providing a glimpse of what will be the smallest SUV in the Tata Motors range, the H2X Concept has a...
Read more
AUTO SHOWS

0
From the Beijing Motor Show comes word of pricing for the forthcoming Polestar 1 plug-in hybrid, but there's more confusion on the question of...
Read more