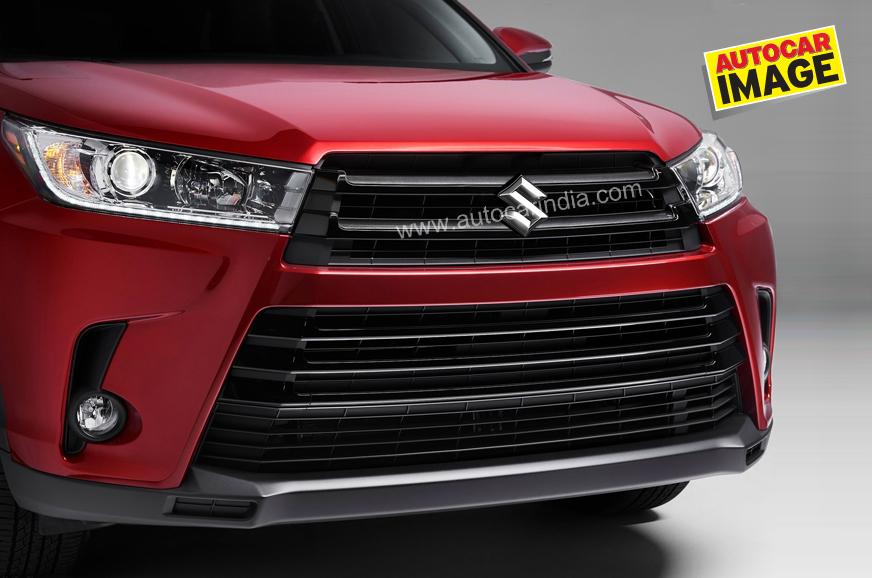 Ertiga-based three-row six-seater will be sold via Nexa dealerships across India.

Maruti Suzuki is gearing up to introduce a new model in its India line-up. To be sold via its Nexa dealership chain, this new vehicle will be a three-row six seat model that will share its underpinnings with the current-gen Ertiga MPV. This new model is expected to debut in India on August 21, 2019. A test-mule of the upcoming Maruti six-seater was spied a few days ago in Pune, revealing some details about its styling and interior.

The new model will share some body panels with the Ertiga, but will get new front styling with a much taller chrome-laden grille merging with the bumper and Ciaz-like headlamps along with LED daytime running lamps. The upcoming model will get a raised ride-height along with additional body cladding running across its sides to give it a more ‘rugged look’.

On the inside, expect the new Maruti Suzuki six-seater to get two captain chairs for the middle row and a two-passenger bench seat for the third. Additionally, it will most-likely feature an all-black cabin and will share large interior components – like the dashboard and steering wheel – with the current-gen Ertiga. Expect Maruti to include its latest SmartPlay Studio infotainment system with Apple CarPlay and Android Auto compatibility in this new model. However, the standard Ertiga is yet to get this new infotainment system.

Under the hood, this new vehicle will see Maruti’s newest 1.5-litre petrol engine that also does duty on the Ciaz and the Ertiga. There are talks that the BS6-compliant version of this 1.5-litre engine will debut on this new crossover. Our sources tell us the model will not get a diesel engine variant. As far as gearbox goes, there will be a sole 5-speed manual transmission; but a 4-speed torque-convertor automatic could join later.

The three-row model would be a novel addition to the carmaker’s line-up and it’ll be interesting to see how Maruti Suzuki positions the model. Whether it’s pitched as a lifestyle alternative to the standard Ertiga, or a rival to SUVs like the Hyundai Creta and Kia Seltos, is anyone’s guess.