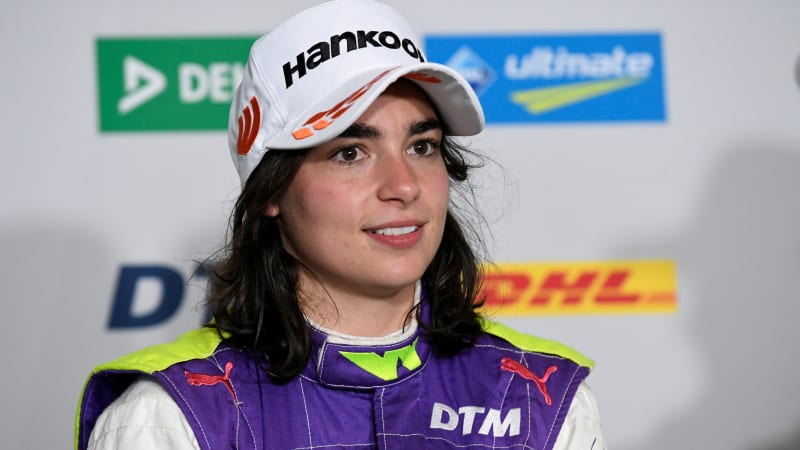 LONDON — Jamie Chadwick will be in the money, to the tune of $500,000, on Sunday if she makes motor racing history as the first champion of the all-female W Series.

The 21-year-old Briton enjoys a 13-point lead going into her final home round at Brands Hatch, with Dutch racer Beitske Visser the only woman who can stop her from claiming the winner’s jackpot.

The payday, more than the annual wages of some current grand prix drivers, and the publicity could boost her hopes of eventually becoming the first woman since 1976 (Italian Lella Lombardi) to race in Formula One.

“At the moment I’m more excited than anything else. I just really want to get going,” she told Reuters.

“It’s hugely important,” she added of the significance of winning the title.

“Every race, every championship you go into you want to win, but this one especially in its first year and for everything it’s managed to generate for me. To win it would be a huge thing and a huge part of my career going forward.”

She said the money would help fund the next stage of her career, wherever that might be, and would make a “massive, massive difference.”

In simple terms, Chadwick needs only a podium finish on Sunday to take the title — something she has managed in all five rounds so far having led the standings from her opening victory from pole position in Hockenheim in May.

Brands Hatch is fond and familiar territory, the southern circuit where last year she became the first female driver to win a round of the British Formula Three championship.

“Going there feels like we’ve got the odds stacked in our favor, but I don’t want to let that jinx anything,” said Chadwick, who has won two races and this year became a development driver for the Williams Formula One team.

“Anything can happen. I think just go in like I’ve gone in to every other race, and hopefully we can perform and do the job we need to.

“It’s going to be a close fight, and I guess that’s great for the championship. I would have liked to have dominated, but it means that I’ve had some good racing this year, which is ultimately what they are out to achieve.”

To get to Formula One, drivers need a super license that requires 40 points acquired in junior series with a national F3 championship worth 10. Next year, the W Series winner will also get points.

Chadwick said that was a big plus for the series’ credibility, making the dream of Formula One much more attainable for female racers.

The series met some criticism when it was first announced, with some prominent female racing drivers opposed to any segregation on track.

Chadwick felt the reality, with the series always stating it wanted to prepare women to take on the men in junior series such as Formula Three and Formula Two, had changed some preconceptions.

“I think definitely attitudes have changed big time,” she said of a series that uses identical 1.8 liter Formula Three cars, with drivers sharing data and switching cars from race to race to ensure fairness.

“Naturally there are still some critics, but I think generally the reception to at least the first race was really positive.

“I think a lot of people have started to change their minds about it and see it for what it is and what the W Series are trying to do.

“I’m enjoying every minute of it.”

0
8th Aug 2019 7:00 am Honda dealers are offering massive discounts on select models in stock at dealerships. With sales continuing to remain in a slump...
Read more
LATEST HEADLINES